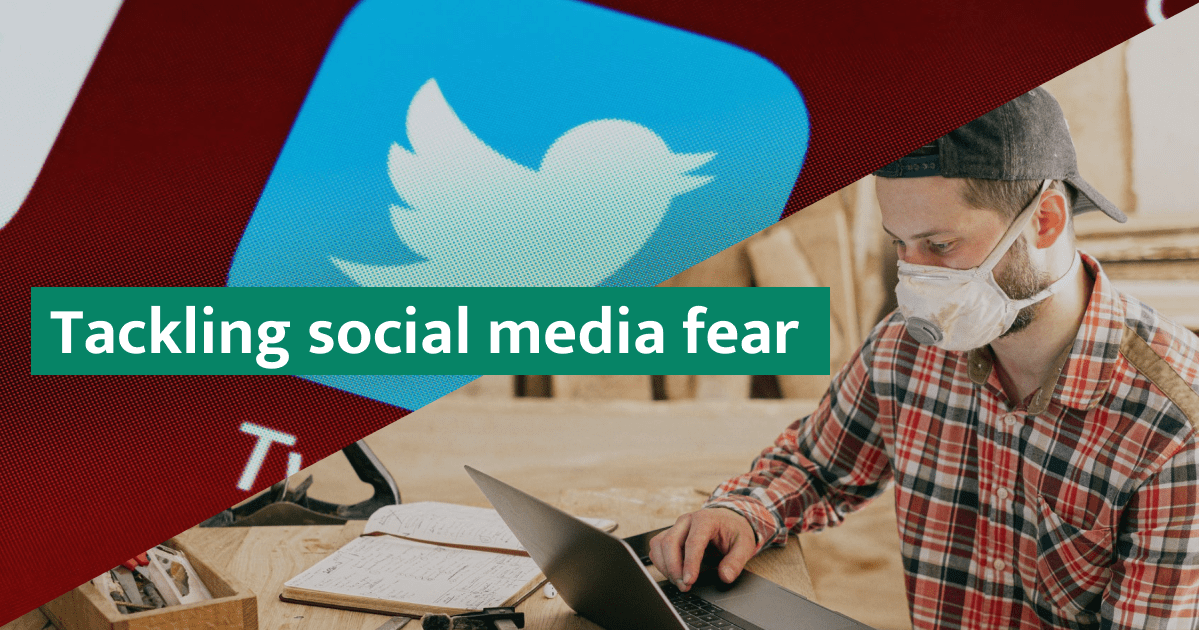 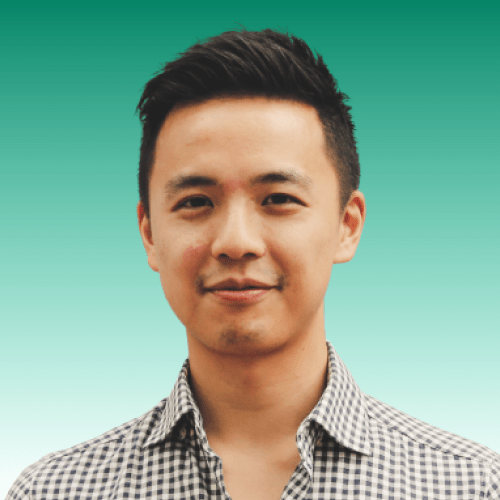 Many people say that I come across as natural on social media, but little do they know that the journey hasn't been easy.

After I published the Building in Public Definitive Guide, I've been helping builders get over their fear to speak and share publicly on the Internet.

I have a lot to share because I've trained myself up emotionally over the years.

In 2018, I was making lifestyle YouTube videos. I shared them actively with my Facebook and Instagram audience, which meant my family and friends. And I've developed "a thick skin" putting myself out there.

When I ran my previous startup, I also filmed a lot of videos and hosted many community gatherings.

So over time, I've found a few tricks that help me overcome the fear of being on social media.

The secret to having success on the Internet

"Audience building" is what every company and person wants to do now. We all want more followers as a stable distribution channel.

But to curate an audience, we have to constantly put ourselves out there and talk about "us".

Yes, there are people who can do it without showing their faces. However, the majority builds an audience through their authentic self.

To me, if we want to be successful entrepreneurs with an online audience, it is as important to know how to handle rough public comments as how to spot a good opportunity. That's a secret sauce to have success on the Internet.

This means you have to overcome your fear of feeling exposed in a public space.

Fears you have in you

If you're reading this, you're likely someone who used to be a quiet employee who only dealt with a handful of people on the team. Now you're figuring out how to become a public builder who is sharing your life, work, thoughts consistently online.

You're afraid of how people (a lot of them) perceive you. You feel like you're standing on stage being judged by every single pair of eyes.

You also question yourself whether you're good enough to be doing so much talking in public. This is where your imposter syndrome kicks in.

When you think of the comments coming from anywhere on the Internet, you're anxious about handling them.

1. You care about how people perceive you

When I was a teenager, I cared a lot about how people saw me. I bought nice jackets and jeans and tried to look cool all the time. I believe that our fear of how others perceive us come from our teenage years and it carries into our adult lives.

If you're afraid of speaking and sharing in public, it is because you don't want to be seen as weak, stupid, or uncertain. It doesn't help when everyone around you seems to be super confident about what they do, and you think you have to be like them.

I stopped caring about it after working for 7-8 years. It is when I realized that most people actually prefer to interact with someone with flaws.

I'll give you an example.

When you go to an event, the perfect presenter on stage is usually super boring. They have everything planned out. But when a presenter makes mistakes and then jokes about it, we love her!

What you need to understand about human relationships:

Now you know you don't have to be an expert, and the pressure of how others perceive you is gone.

In fact, if you're Building in Public, most of your sharing is based on your own feelings and thoughts. And this means as long as you're staying true to yourself, no one can ever invalidate your own experiences.

This 3-min video gives you 2 ways to fight impostor syndrome:

2. You're afraid of public criticism

I once tweeted about Clubhouse.

How many people have not used Clubhouse in the last 2 weeks?

I had zero ideas the tweet would go viral with 3,300 likes. While most said they also didn't use Clubhouse lately, one person quoted my tweet and commented that building a social app is hard and my tweet was terrible trying to mock Clubhouse.

Too bad I couldn't find the tweet anymore. He likely deleted it.

When I first read his comment, it didn't feel good to be called out like this. I was asking myself "Did I badmouth Clubhouse?" "I was only casually asking who haven't been using Clubhouse..."

I was dying to reply and defend myself that I had no intention to heat up a group criticism.

But then I deployed my standard routine: I got off my seat, walked towards the window, and started thinking about what to do next.

I tried to see it from his angle. He is clearly a social app creator and understands the hardship of creating an app that goes big in such a short period of time. He has a lot of empathy towards Clubhouse's massive success in a few months. And he is right, the Clubhouse team did an amazing job!

On the other hand, I really didn't care about social apps or Clubhouse. It was just a random tweet, not even about my work. Then what's the point of engaging in a debate?

That's when I knew not replying would be the best thing to do.

This story shows that whatever you post online, you have to be prepared for negative comments. You don't know when and in what form they'll come in.

When it happens, it is up to you to choose what action you want to take. You can ignore it. You can laugh it off. You can be super nice so the other party cannot get mad at you. You can be thankful. You can be angry. You can be aggressive and start attacking back.

You still have a lot of room to decide what to do after the negative comments come, so you don't have to fear too much before posting publicly. Let's just handle it when they come.

3. You're not sure how to handle public feedback

When you build in public, you're sharing your journey in building your company or product. Inevitably, you're going to share a lot that is unfinished and unpolished.

And whether you ask for feedback or not, they'll come.

When this happens, it is a test for you as an entrepreneur to figure out whether you should listen or ignore.

Now you're thinking - this is very contradicting! Do I listen or not?

It goes back to your own foundation. A true entrepreneur has a strong foundation on what you're working on. The belief is so strong that it is not easy to move you. But, you must listen to what people have to say even if that means pretending you're listening. After all, no one wants to deal with someone who is self-centered.

When feedback is given over a social platform like Twitter, you have to be super careful. Ask all the time "Does the feedback make sense?" People usually give feedback after quickly skimming the content, which means they likely don't have enough context to give good feedback.

I love feedback but I treat them as extra data points to help me make decisions. I never take them without internalizing how relevant it is.

So to truly overcome the fear of taking public feedback, it is important that you build up your expertise and experience in what you're working on. This way you have confidence in your own judgment and are not easily distracted by the noise around you.

Now that you know flaws are good, negative comments can be handled, and your personal foundation is important, how do you proceed from here?

I wish I could give you a secret formula so that you could turn into someone who has no fear on the social media right away, but that's what I don't have.

The only way to get over the fear is to embrace it and practice handling it.

So the best thing you can do now is to step out of your comfort zone and expect public comments to come at you, then take care of it when it comes.

This is also why I created the #30DaysInPublic course so that you can learn about growing an audience and getting over the fear with a like-minded group of entrepreneurs.

Whether you choose to do it individually or with a group, I guarantee you that you'll become tremendously confident after a few occasions. At that point, you'll look back and smile at your fearful self.

🍀 You can get fresh articles like this delivered to your inbox. Sent 2-3 times a month, and you can unsubscribe anytime.

Thank you! Your submission has been received!
Oops! Something went wrong while submitting the form.
Tags:
Social Media
Build in Public 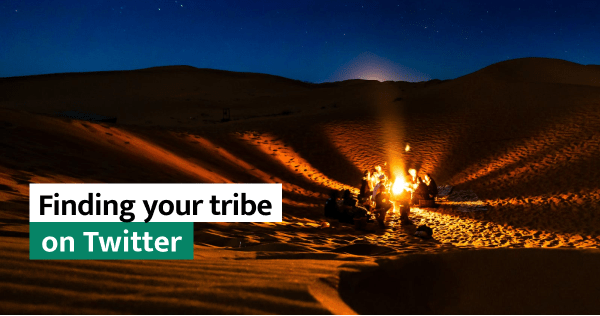 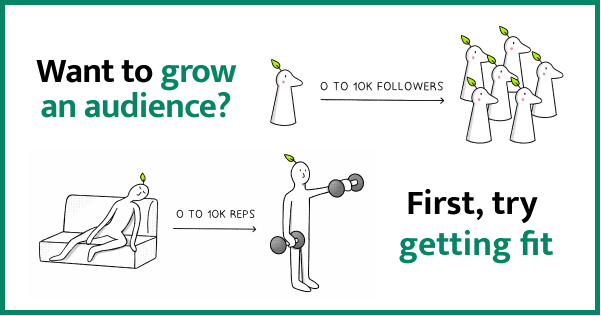 Want to build in public to grow an audience? Try getting fit!

Want to build in public to grow an audience? Try getting fit! 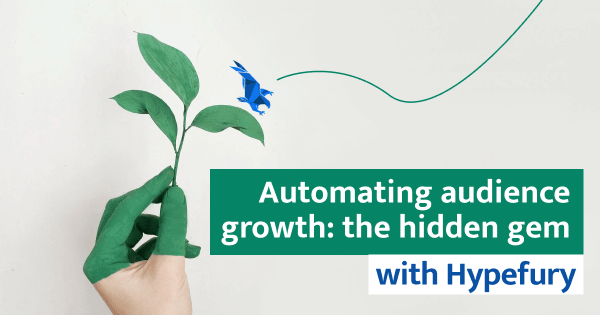 How to automate your Twitter audience growth with Hypefury

How to automate your Twitter audience growth with Hypefury

No-fluff, actionable tips to help you get into public & develop your authentic voice online.