How I Use Hypefury to Automate & 3X My Twitter Audience Growth 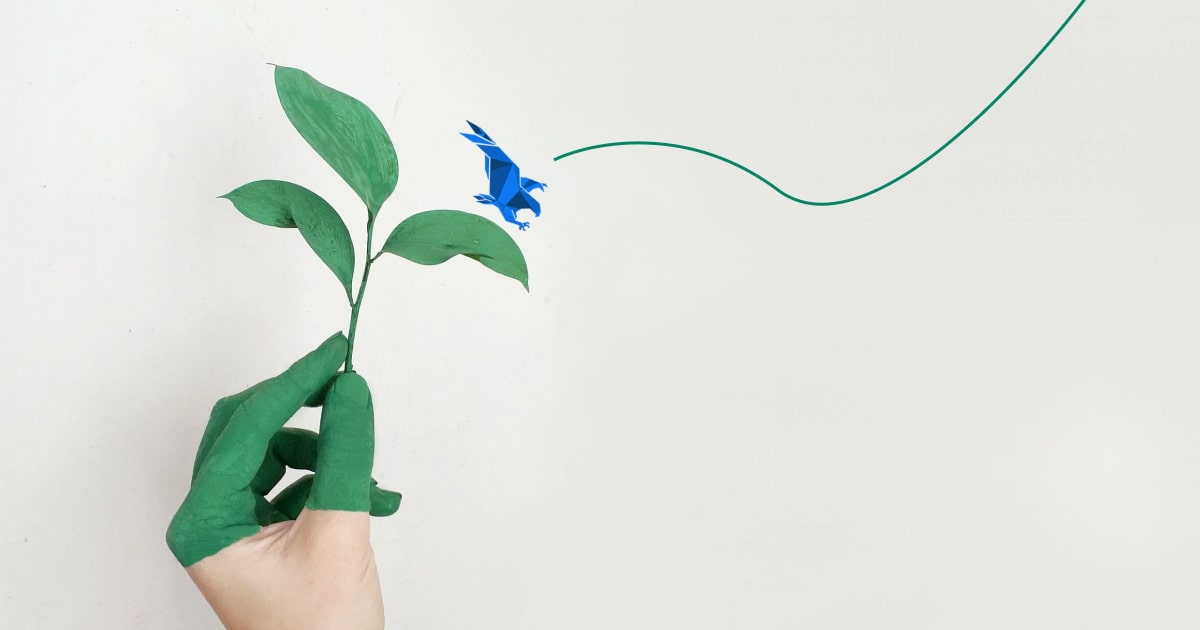 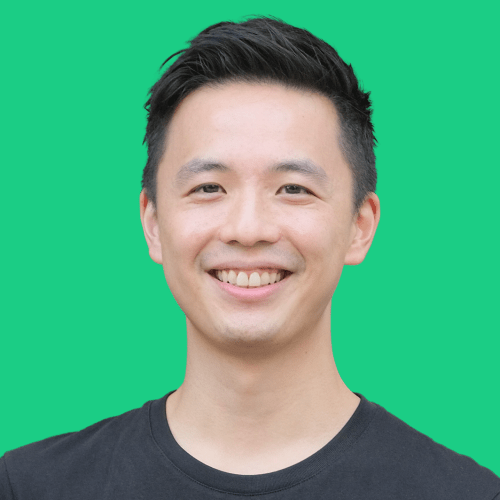 “Kevon, how do you do all these things while being so active on Twitter all the time?”

Oops. Whenever I get a question like this, I’m a little excited because it means that my system works.

The truth is … I’m not on Twitter that much. I spend roughly an hour each week crafting my tweets, and then I spend 30 mins per day interacting with my people.

If you think about it, this is not that much of an investment when Twitter is where I build in public, get feedback, hang out, build trust and more.

Some weeks I’m so busy with my work that I even miss out my 30 mins. And why do people think I’m super active? Because of my system.

And Hypefury plays a big part so I want to break it down for you on how I use it.

But one thing I want to be upfront with you is that when you tweet, you’re expressing your own ideas. It is your voice.

Having a system or using a tool doesn’t mean you can automate your voice.

You can accelerate your growth with a tool because it takes out some tedious parts of the process. But you still need to have your unique creativity, personality, and expression.

I’ve taught 100+ creators how to build in public on Twitter so far. In one of the 6 core modules, we  talk all about system.

The funny thing is that most people think a Twitter tool is only used to “schedule tweets”.

Right, the basic function is “scheduling tweets”, but what can you get out of it?

To me, it is much more than that. Here’s why I use it:

Not many people know these benefits to take back control of social media and keep themselves sane.

This is exactly why I want to share with you here. Tweeting is not that hard when you have a system in place.

So how do I use Hypefury?

Let’s start from the basics - writing & scheduling my tweets

In my early Twitter days, I was writing directly on Twitter.com whenever an idea popped into my mind. But that didn’t work well because I noticed I couldn't write well when I was under the pressure to publish. Also, no one was reacting to my tweets.

So I made up my mind to write ahead of time and publish them when my followers are active (which I found out to be Eastern morning time). Alert: this could be different for you.

On Hypefury, I get to set a Posting Schedule for my tweets.

I stick to having 3 tweets across an 8-hour period.

What I would do is to take down my ideas any time, even when I'm running, showering, or eating. Then each Monday afternoon, I spend about 60 minutes expanding these ideas into tweets and add them into my queue for the entire week.

I won’t go in the details of my content creation flow or this post would be super long. If you’re interested, you can grab my 5-part flow here for free.

The other benefit of batch writing and scheduling tweets is that I can get into a deep tweet-writing mode. I’m laser focused on defining my goals with each tweet, telling short stories, and writing great opening lines.

It takes time to get into such mode and I definitely don’t want to do it every day.

Throughout the week, I often have new ideas or my work-in-progress (build in public style) that I want to share with everyone. In this case, I just drag the scheduled tweets into the future to free up a slot.

If you’re early in your online writing and content creation journey, you might need inspirations to help you write. Hypefury has this inspiration prompt to bring back one of your old tweets to inspire you.

I personally don’t use it because these days I get too many ideas to talk about, but I can see how this can be helpful.

They even have this AI writing feature to generate tweets from your past popular tweets.

I don’t use it because I am a firm believer that I have to write my own tweets because it is my voice. I just find this fascinating. And I heard some people use it as drafts and then they add or edit based on it.

As a content creator, I have my own niche and related topics that I want to continuously share with my audience.

So I use Recurrent Posts to create categories and store tweets in them.

It is handy because I’m accumulating my own ideas over time and they will lead me to write more content in the future.

Then I pick one weekly timeslot for each of my top 5 categories and Hypefury is smart enough to take one tweet from each category and publish it for me. It also prioritizes the tweets that haven't been shared yet.

Now imagine you have 50 tweets accumulated in one folder, it can basically run for 50 weeks on auto-pilot!

But I don’t want to sound like a robot and repeat and repeat. So every quarter, I come into these folders and rewrite, add, remove the tweets just to keep them fresh and interesting.

I also sometimes take out all the timeslots to pause using this feature.

Here comes my favorite little detail. I write a lot of fresh tweets, so while I’m adding it directly to the queue, I make sure I pick the right category so I’m expanding my second brain all the time!

While Recurrent Posts post tweets based on what you put in the category, what if you want to be a bit more analytical and bring back the most popular tweets?

They have Evergreen Posts where I can set certain time slots where Hypefury grabs one of the tweets I manually mark as "Evergreen" and retweet it for me.

Okay, it sounds exactly like Recurrent Posts. Here is the catch.

While people can see it is an old tweet, the high engagement numbers usually get their attention.

Now I have their attention, then what?

I don’t like to be ultra aggressive in promoting myself. I feel that social media or Twitter should be a place for thoughts, expression, and conversations.

So instead of adding a “plug” after I get their attention, I like to use Autoplug to tell Hypefury to only add this follow-up tweet if the tweet itself reaches 20 likes.

In a way, I’m not being aggressive when the first 20 people read it.

In another way, if this tweet is proven valuable, then I add something to it which notifies the first 20 people and for the new readers to see.

I use this feature sparsely. When I do, it is because it feels less spammy than a straight-up plug.

Alert: I’ve seen people turn on Autoplug for every tweet. Don’t don’t don’t do it. You’ll become that annoying person everyone wants to unfriend.

This is a mini-lesson from my book Find Joy in Chaos.

Final 2 days to get an invitation to a free Build in Public workshop + an AMA session to meet like-minded friends 🙌https://t.co/scJih0AuTl

Then here comes Hypefury's new feature in 2022 which is quite mind-blowing.

It is called Auto-DM. I can ask people to reply to my tweet and then Hypefury automatically helps me send a follow up DM (private message).

I immediately wanted to try. And here’s my result:

I put together a retrospective + an 8-technique playbook that helped me go from a casual creator to an entrepreneur.

When people reply with a certain word or emoji, Hypefury automatically shoots over a message in DM (private message).

Then later on, you can retarget these same people by sending them a private message.

While I wouldn’t want to do this every month, but I imagine this to be a fantastic way to bring people into your email list. I likely will do a campaign like this every quarter.

My favorite “Tweet booster” - auto retweeting all my tweets

So here comes another one of my favorite feature - Tweet Booster.

My tweets go out Eastern morning time mostly, but what about my audience in Asia? Europe? Australia?

And personally I’ve seen this working magic when Twitter gets noisy and you find it hard to get your tweets seen.

It is tweeting once and getting exposed twice. Doubling my effort without any work on my end.

I also love that Hypefury can automatically un-retweet them so that it keeps my wall of tweets clean. Otherwise I could look like this desperate kid begging for candies with my back-to-back retweet:

I’m currently experimenting with LinkedIn, so I use this Hypefury's feature (only available for Premium) to post it to LinkedIn automatically.

It is handy because again, no work on my side.

While I’ve yet to know if it is effective or not because I see that every social media has its own culture and favorite writing style.

A typical week for me

So with a system in place, what do I do each week?

This is how I write a lot of useful tweets with my limited time. This is also how I automate some Twitter's feature to drive growth. But most importantly, this is how I play the long game and stay sane.

If you enjoy this breakdown of how I use Hypefury, you can also message me on Twitter and I can share a private code that can get you 50% off first 3 months.

I hope this is all helpful to you! See you around!